Local and systemic total antioxidant capacity in periodontitis and health 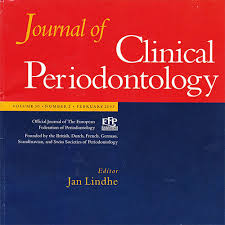 The involvement of reactive oxygen species (ROS) in periodontal pathology is unclear but will be modulated by in vivo antioxidant defence systems. The aim of this cross-sectional study was to determine both local (saliva and gingival crevicular fluid (GCF) and peripheral (plasma and serum) antioxidant capacity in periodontal health and disease.

GCF antioxidant concentration was significantly lower (p<0.001) in periodontitis subjects compared to healthy controls. Although mean levels of peripheral and salivary TAOC were also lower in periodontitis the difference was only significant for plasma (p<0.05). Healthy subjects’ GCF antioxidant concentration was significantly greater than paired serum or plasma (p<0.001). Data stratified for gender did not alter the findings and a male bias was revealed in all clinical samples except GCF.

These findings suggest that the antioxidant capacity of GCF is both qualitatively and quantitatively distinct from that of saliva, plasma and serum. Whether changes in the GCF compartment in periodontitis reflect predisposition to or the results of ROS-mediated damage remains unclear. Reduced plasma total antioxidant defence could result from low-grade systemic inflammation induced by the host response to periodontal bacteria, or may be an innate feature of periodontitis patients.